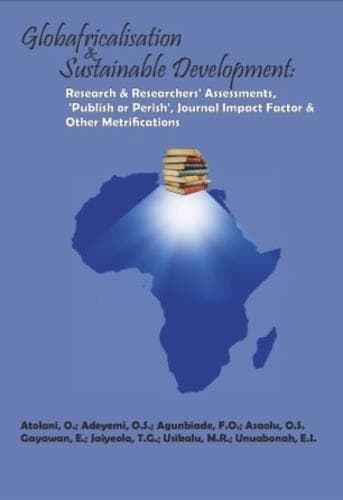 Western colonization of nations has long ended; however, it appears that many of the affected people, particularly Africans, are still captive of Western-imposed mentality and standards. „Globafricalisation‟, a newly coined term partly expressed as „the westernisation of researches and research outputs from Africa‟ is critically examined in this study. The emphasis on the global outlook and worldwide rating or ranking of researchers, their researches and their institutions partly prompted this research work. The perspectives of researchers from developing countries were sought through the administration of online survey and data obtained and were analyzed through descriptive and inferential statistical methods. The survey results indicate that majority of African academics are concerned about the issue and desire a paradigm shift to be supported by institutional administrators and policy makers. The phenomenon of Globafricalisation which includes the pressure to fit into the Western-imposed model despite the deficit of research support infrastructures may in part be fueling the push for global institutional and research rating by various institutions in Africa. No doubt, all institutions want a high ranking on a global scale but the apparent questions are: what parameters are ranked, and how acceptable, reputable and transparently flawless are the processes involved? In the same context, the ranking and/or assessment of academics and researchers ranking based on a journal impact factor or prevalent citation metrics is inherently flawed with several consequences particularly for the developing nations; it not only impairs the development of sound science but limits the sustainable exploration and expansion of indigenous knowledge for regional advancement. Numerous major flaws in the rating and ranking of researchers and institutions respectively were highlighted in this work. Furthermore, a detailed perspective of researchers in the African region was analyzed and recommendations made. It is obvious that as academics based in Africa are drowning in the flood of „Globafricalisation‟, research and indigenous innovations are most negatively impacted as best brains and research outputs including publications and patents are carried headlong to the “advanced world” which is relatively saturated. Globafricalisation undermines the full exploration of African potentials to tackle her peculiar challenges and optimally utilize resources. Therefore, the „de-Globafricalisation‟ of knowledge production, indigenous knowledge sharing and the general paradigm shift of the developing countries‟ perception must be a priority for all stakeholders. The Globafricalisation crave that seems to promote the inter-continental collaborations and publications at the expense of intra-continental publications and national growth should be curtailed. Obviously, developing countries must steer innovation, creativity and re-evaluate their overall priority, dependence on the western counterparts and institution ranking/metric system. They should develop a sustainable metrification needed for their regional development and profitable exploration of indigenous knowledge, promote rapid sustainable regional development, competition, visibility and seek global relevance. The authors have taken a bold step by developing some new metrics apposite for both single and multi-disciplinary evaluation of research and researchers. We have provided very easy-to-use expression to compute:

i. Normalized Impact Factor approximation which may be useful for the ease of comparison of JIF within fields in a discipline.

ii. Total Citation Impact metric for the evaluation of a research article in its field. This measures a paper‟s citation per year of existence.

iv. Weighted Author Impact metric for the rating of researchers, virtually independent of their respective disciplines. It gives the average weighted performance of an author‟s publications per year in an interval m, relative to a baseline year Y.

Globafricalisation and Sustainable Development: Research and Researchers’ Assessments, ‘Publish or Perish’, Journal Impact Factor and Other Metrifications is covered by the following services:

Summary of the Online Survey Report