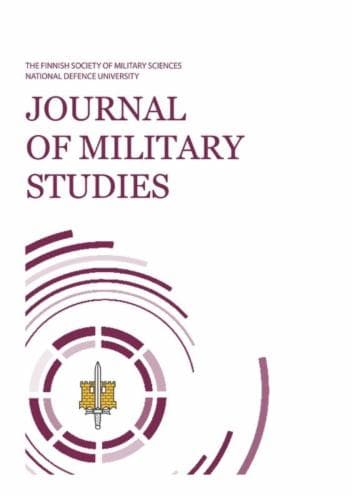 Tom & Zeszyt: AHEAD OF PRINT

The relationship between war and sieges is nearly as old as war itself. To be sure, the battle of Megiddo, fought between the Egyptian Empire and the Canaanites (on territory that forms part of modern-day Israel), is one of the first examples that history provides of sieges playing a significant role in the conduct of war.

The Egyptians made quick work of the Canaanites, who subsequently fled to Megiddo. The Egyptians, intent on bringing the Canaanites to heel, surrounded the city and laid siege for 7 months. The siege broke the Canaanites’ will and capability to resist, resulting in their subsequent acquiescence. The Egyptians spared Megiddo and its holdouts from the sword, but the siege's cumulative effect on the city, the civilian populace, the military, but Egyptian dominance prevailed.

Since the fifteenth century B.C., sieges remain a constant in the application of war. Like at Megiddo, sieges are historically the result of an aggressor defeating another actor in open battle, to then see the defeated actor seek refuge in a neighbouring city. The aggressor subsequently encircles that city, and all those therein, and subjects it to regular bombardment and deprivation of essential services, food and water, until the besieged actor is either unable or unwilling to continue resisting.

Recent scholarship on the subject of sieges emphasises that deprivation and starvation are defining characteristics of sieges and equally impact combatants and non-combatants alike. The besieger seeks to capture the area through starvation, or attrition, while the besieged holds out for relief, reinforcements, breakout or the aggressor to sue for peace.

The advent of aircraft, mechanised warfare, precision guided munitions and armed drones has done little to erode the prominent place that sieges occupy in modern war. Sieges are of particular importance in Non-International Armed Conflicts (NIACs), which Kathleen Lawand, former head of the International Committee of the Red Cross, defines as, ‘A situation of violence involving protracted armed confrontations between government forces and one or more organised armed groups, or between such groups themselves, arising on the territory of a state.’

Lawand, K. (2012). Internal conflicts or other situations of violence – what is the difference for victims. interview by ICRC, Available at .

Nevertheless, since the end of World War II (WWII), the international legal community has attempted to limit sieges, in particular the suffering of civilians and the destruction of civilian infrastructure. The international community has done this through the development and implementation of international law. Nevertheless, the increasing urbanisation of warfare puts civilians and civilian infrastructure squarely anchored in the middle of modern warfare. This is playing out in real-time as Russia's February 2022 invasion of Ukraine illustrates. Cities such as Kharkiv and Mariupol are subject to sieges on par with the Second Chechen War's razing of Grozny (1999–2000).

The primary focus of this article is the examination of modern sieges within the context of the NIAC and International Armed Conflicts (IAC), with special attention given to sieges in NIAC because they are predominant today.

The criteria chosen for the sieges analysed in this article were based on several factors: the length (over 30 days), scale (over 5,000 combatants) and documentation/reporting. For example, while the ISIS siege of Deir ez-Zor military air base (approximately 3 years) is a rare case of a non-state actor besieging government forces, reliable information regarding this siege was difficult to obtain.

As a result, based on the above criteria, the authors selected the Siege of Eastern Ghouta, the battle of Mosul and the siege of Donetsk Airport for case studies. The siege of Eastern Ghouta is particularly illustrative due to the length of the siege and the large number of affected civilians. The battle of Mosul, which was effectively a siege, demonstrates how far a well-supported non-state actor can push a state actor and its coalition of state actors in urban warfare. The on-going war between Ukraine and Russia, predominately fought through Russian proxy forces and those of Kyiv, has yielded several sieges too. The siege of Donetsk Airport was long and hard-fought and focused on a military force caught within infrastructure located just outside a city.