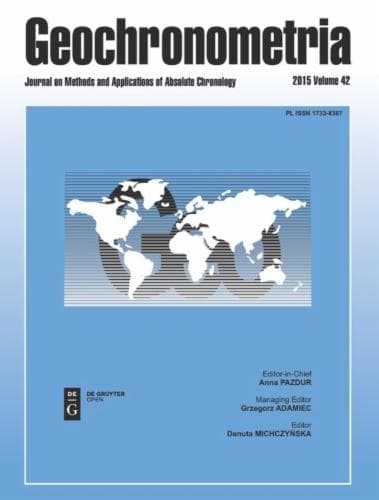 Prof. Jacek Rutkowski died on January 25th 2016. With his passing away, the scientific community has lost not only an outstanding geologist, naturalist and teacher, but also a scientist devoted to his work with never ending passion, a passion, which was infectious for his coworkers and students. He was an author or co-author of numerous papers, a few chapters in books and scientific expert opinions, amounting in total to over 230 positions. He was an honorary member of the Polish Geological Society and co-founder and member of the Polish Limnological Society. He was also a member of editorial board of Geochronometria. Throughout his scientific life he was connected with the AGH University of Science and Technology in Cracow, Faculty of Geology, Geophysics and Environmental Protection. He graduated there in 1956 and started his scientific career, which led him to professorship in 1987.

The range of his scientific interests was very broad. First, in the Department of Deposits of Rock Raw Material, he worked on petrography, sedimentation and physical properties of carbonate rocks, sandstones and gravels, as well as mineral raw materials. He carried out studies on stratigraphy, lithology and sedimentation of Senonian deposits of Miechów region and Sarmatian deposits of South-western margin of the Holy Cross mountains, Carpathian and Sudetic sandstones and natural aggregates of the Cracow-Częstochowa Upland. The results were summarized in numerous reports for exploitation industries.

Since 1979, when he moved to the Department of Geological Cartography (currently Department of Environmental Analysis, Geological Mapping and Economic Geology), he broadened his field of interest. His studies concerned Quaternary geology, geomorphology and geological mapping. He developed his own method of studying Quaternary gravels, which is commonly applied now. He also investigated the influence of anthropogenic factors on geological processes and relief of land. He was among the first geologists in Poland to use aerial and satellite photos in geological cartography, geomorphology and environmental analysis. His thorough knowledge of geology of the Cracow-Częstochow a Upland and the Micchów Basin was useful, as he became the main author of two sheets of the Detailed Geological Map of Poland 1:50 000; Kraków and Miechów. Since 2000 he plunged into quite a new field of interest. It concerned the studies of recent lacustrine sediments of the Wigry Lake, with an application of geological methodology and the use of samplers of his own construction. He was the first one to apply high resolution seismic survey in lake studies. His deep urge of understanding the nature and history of lake processes prompted him to invite the specialists of different fields of naturalists to form an interdisciplinary research group. Their studies resulted in numerous papers and the monography of the Wigry Lake. He coordinated these studies till the last of his days.

Although Professor Rutkowski set high requirements for students, they liked him for his lectures. He taught Geomorphology, Quaternary Geology, Geological Cartography and Structural Geology. He prepared the lectures based on his original syllabus in which the results of his own studies were incorporated. Above all, he liked field courses. Practical classes enabled him to share with students his great experience and passion for research.

Professor Rutkowski had a very warm personality, with a special sense of humor, and a gift for story-telling. He was also a keen tourists and nature lover. He frequently surprised listeners by his knowledge of subjects very remote from geology. This feature is characteristic for the “old school” of professors, of which Jacek Rutkowski was one of the last.