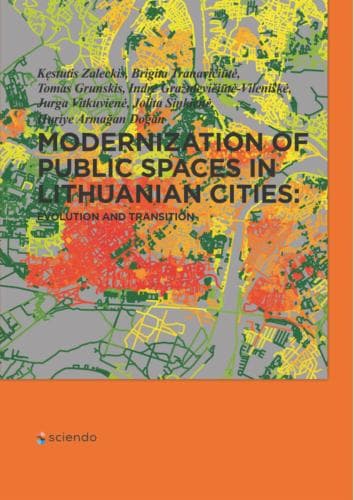 The monograph presents the complex analysis and evaluation of the changes of the social-spatial genotype of the large Lithuanian cities (Kaunas, Klaipėda and Vilnius) determined by the modernist urbanization of the Soviet era using the interdisciplinary theory of networks and mathematical network models as the main methodological tools. The idea behind the monograph is the following: the modernistic urbanism not only introduced the new spatial configurations in specific location of a city with a specific social scenario of public space usage, but essentially affected how city is functioning as a whole. Soviet transformations of three Lithuanian cities from 1939 till 2016 are used as a good example of above mentioned revolutionary processes.

Modernization of Public Spaces in Lithuanian Cities is covered by the following services:

3 Analysis of the Changes in the Content of Public Spaces