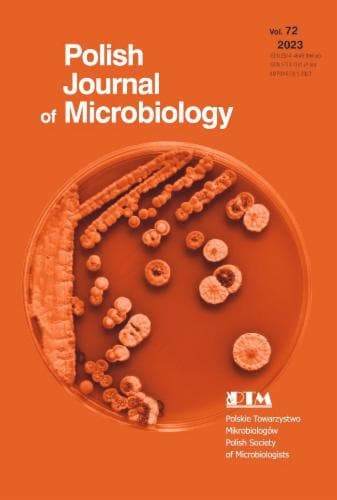 is one of the most important causes of intraabdominal infections and bacteremia which might be fatal if not properly treated (Wexler , 2007). Carbapenems are generally used for the treatment of anaerobic infections, but production of carbapenemases by spp. renders these antimicrobials ineffective (Sóki , 2000). An important mechanism of carbapenem resistance in spp. is the acquisition of the gene encoding a metallo-beta-lactamase enzyme that is able to hydrolyse carbapenemes. If present, the gene may or may not cause clinical resistance depending on expression level of enzyme, or else the gene may stay completely silent (Ang , 2007). The molecular detection of the gene by itself is not indicative of clinical carbapenem resistance; supplementary phenotypic tests are needed to determine the carbapenem susceptibility of clinical isolates, such as performance of the minimal inhibitory concentration (MIC) testing for carbapenems.

Laboratory detection of the carbapenemase genes is challenging, moreover carbapenemase-producing bacteria are spreading throughout the world (Cantón , 2012). Many strains have carbapenem MICs in the susceptible range, and different phenotypic methods designed to detect such strains lack specificity and sensitivity such as the modified Hodge test, and combined disk tests with different inhibitors (Nordmann , 2012). Detection of carbapenemase genes and demonstration of the ability of a strain to hydrolyze carbapenems still remain the gold standard methods for identification of carbapenemase-producing isolates (Poirel , 2013). The recently published Carba NP test is described as a biochemical method based on imipenem hydrolysis (Nordmann , 2012). Without any specialized equipment, the CARBA NP test detects the pH change by colorimetric pH indicator caused by the breakdown of imipenem in a solution containing lysed test bacteria. The test’s specificity and sensitivity were initially reported as 100% when results were compared with those of molecular-based methods, the reference standard for identifying carbapenemase genes (Nordmann , 2012).

A total of 27 clinical spp. isolates collected between 2011 and 2016 were included in this study. The distribution of strains to isolation sites is presented in Table I. All isolates were stored at −80°C in cryopreservation vials (Salubris, Turkey). Frozen stock cultures were used to inoculate subcultures which were routinely grown on Schaedler agar (bioMérieux, France) and incubated at 35–37°C in anaerobe pouch system (GasPak™ EZ Anaerobe Pouch System, Becton Dickinson, USA). For species identification matrix-assisted laser desorption/ionization time-of-flight mass spectrometry (MALDI-TOF MS) (Bruker Daltonics, Germany) was used.

The susceptibility of the spp. to imipenem (IMP) was determined by gradient strips according to the manufacturer’s recommendations. In the current study, bacterial suspension matched to 1 McFarland standard was prepared from fresh colonies and inoculated onto Brucella agar with 5% sheep blood supplemented with hemin and vitamin K1 (Salubris, Turkey), then an IMP gradient strip was placed onto agar surface for each isolate (Oxoid™ M.I.C.Evaluator™ Strips, Thermo Scientific, UK). The plates were incubated in anaerobe pouch system at 35–37°C for 24–48 hours. ATCC 25285 was used as a reference strain. The clinical breakpoints recommended by the European Committee on Antimicrobial Susceptibility Testing (EUCAST) were used to interpret the results (EUCAST, 2016).

Bacterial DNA was extracted by a commercial kit (High Pure PCR Template Preparation Kit, Roche, Germany). The carbapenemase coding gene was amplified by polymerase chain reaction (PCR) with the following primers: cfiA-RT1 (5’-AATCGAAGGA TGGG GTATGG-3’) and cfiA-RT2 (5’-CGGTCGGTG AATCGGTGAAT-3’) which amplify 300 bp of the 750 bp gene (Sóki , 2013). A strain with previously documented A positivity was used as a positive control in PCR studies (Toprak , 2012).The PCR cycles were as follows: 2 minutes at 94°C, 35 cycles (45 seconds at 94°C, 45 seconds at 51°C, 45 seconds at 72°C) and 2 minutes at 72°C. For the visualisation of PCR products, 2% agarose gel was used which were stained with SYBR gold and monitored using ORTE device (Salubris Technica, Istanbul, Turkey).

Carba NP test was performed according to CLSI recommendations (CLSI, 2016). For each strain two microcentrifuge tubes (1.5 ml) labeled as “a” and “b” were used. The bacterial colonies grown on Schaedler agar were collected after 24 hours and a loopful of bacteria (approximately 10 µl) were added into 100 μl of bacterial protein extraction reagent (B-PERII, Thermo Scientific, Pierce) and stirred for 5 seconds. From the solutions A (containing zinc sulphate and phenol red, pH: 7.8 ± 0.1) and B (containing solution A and 6 mg/ml imipenem), 100 μl solution was added to a, and b tubes, respectively, and then incubated at 35 ± 2°C for up to two hours. The results were interpreted according to the color changes of the tubes. The carbapenemase-producing strain TAL 2480 was used as positive control and ATCC 25285 was used as negative control. The microcentrifuge tubes which contain only bacterial protein extraction reagents were prepared as reagent control. When imipenem was hydrolysed, the color of the tube’s content turned from red to orange or yellow which was interpreted as a positive Carba NP test, whereas tubes containing bacterial extracts of isolates with no carbapenemase activity remained red. The color changed from red to yellow as early as 30 minutes after incubation with TAL 2480 (Fig. 1).

Imipenem MIC values determined by gradient strips ranged from 0.03 to ≥ 32 mg/l among study isolates. Majority (24 out of 27; 88.9%) of the strains were found susceptible to imipenem (MIC ≤ 2 mg/l) with EUCAST breakpoints, one strain showed intermediate susceptibility (MIC = 4 mg/l) and two of the strains were found resistant to imipenem (MIC ≥ 16 mg/l). The A gene was detected in three isolates (11.1%), all blood isolates with imipenem MIC ≥ 4 μg/ml. A correlation between imipenem MIC being ≥ 4 μg/ml and A gene positivity was observed for the tested sp. isolates. Carba NP test results were obtained in 2 hours in clinical isolates and in 30 minutes for the reference strain. The two clinical strains with imipenem MIC ≥ 32 mg/l and the reference A positive strain were tested positive in the Carba NP test, however the imipenem intermediate (MIC = 4 mg/l), A positive strain was found negative (Table II).

spp. are the predominant members of the human intestinal microbiota and constitute approximately 30% of the total colonic bacteria. They are also among the most commonly isolated anaerobic bacteria from clinical specimens. The group is of special medical importance since they are often involved in polymicrobial infections, bear the potential to express β-lactamases and are associated with a high mortality when causing bloodstream infections (Wexler , 2007). A French multicenter study determined the role of anaerobe bacteria in the aetiology of all bacteremias as 0.5% to 9%, of which 60% being caused by spp. (Zahar , 2005). These factors emphasize the importance of identification and rapid antimicrobial susceptibility testing for clinical spp. isolates for the administration of appropriate antibiotic therapy to achieve optimal outcomes. Access to rapid susceptibility results is important in the case of infections due to spp. since the susceptibility of these bacteria cannot be predicted due to the ability of the organism to acquire resistance mechanisms. The group are uniformly resistant to penicillin and first generation cephalosporins which leaves limited number of alternatives such as metronidazole, imipenem, piperacillin-tazobactam, moxifloxacin and clindamycin with reported resistance rates of < 1%, 1.2%, 3.1%, 13.6%, and 32.4%, respectively (Nagy , 2011). A Europe-wide study showed that imipenem retains its activity against isolates, but the percentage of isolates with reduced susceptibility (MIC: ≥ 4 mg/L) are steadily increasing (Nagy , 2011). Carbapenem resistance in is most commonly related to the acquisition of gene which – if expressed at high levels due to acquisition of an insertion sequence upstream of the gene – can lead to high-level carbapenem resistance (Thompson , 1990; Edwards , 2000). The frequency of positivity in spp. has been reported to be as high as 27% in a Turkish study (Toprak , 2012), raising concern as an emerging resistance trait that may limit the empirical use of carbapenems in infections due to spp.

Our study findings revealed the rate of positivity as 11.1% in a small collection of clinical sp. isolates. This is in concordance with previously published literature in which rates ranging between 0 and 13% was observed for a collection of 161 group strains isolated from nine different European countries (Eitel , 2013). The high rate of 27% positivity reported from Istanbul, Turkey in this study, might be related with the institutional spread of a resistant clone.

We also had the opportunity to test other species by including a few and isolates, however the study collection mostly consisted of clinical isolates. The total number of isolates tested is relatively low for a validation study, but the collection included gene positive and negative isolates with varying imipenem MIC values that enabled us to investigate the performance of the test. Additionally, the high concordance observed between the phenotypic and genotypic test results further supports the applicability of CARBA NP test in spp.

In our study, we demonstrated the usefulness of the recently described Carba NP test to detect carbapenemase activity in clinical spp. isolates. Although further studies are needed, with our preliminary results, we can suggest that the Carba NP test holds the potential to be used as a rapid phenotypic carbapenemase detection test for species. The rapid detection of carbapenemase activity in spp. might provide early insight into susceptibility of the organism before the final results of the conventional antimicrobial susceptibility are obtained, and thus serve as an important tool to manage antimicrobial therapy.