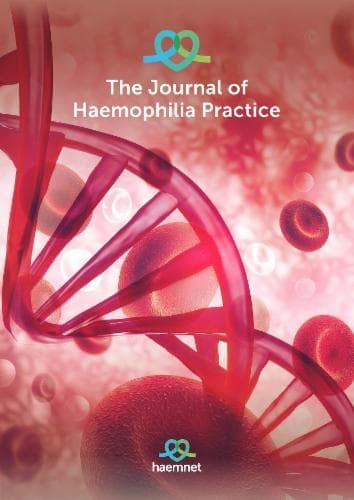 Almost 20 years into the 21st century, it is a good time to reflect back on the changes in haemophilia care that have happened since the Millennium Bug failed to bite. Over the last two decades, treatment options have grown exponentially: molecules we never knew existed are now in routine care, while gene therapy (which for many years was always said to be five to ten years way) is now a reality for some. The progress has been astounding.

In the midst of these scientific advances, we must remember the impact on people affected by bleeding disorders and their families. Improved awareness of how bleeding disorders affect these individuals is still needed, from understanding the situation in the past, to the current experience of those living in countries where treatment is now readily available – and where it is not. To truly understand the impact and lived experience, in-depth qualitative research is essential. This can take the form of interviews that enable those who live with bleeding disorders to tell their own stories – powerful stories that show not only how far we have come, but how much there is still to do.

The focus of healthcare providers remains on boys and men with haemophilia, yet there are many other disorders that also affect and impact girls and women, which are often overlooked. In this issue of , we hear personal testimony from seven people affected by bleeding disorders, all of whom are able to reflect on the many treatment changes made within bleeding disorders care for themselves and the communities they represent.

Rex, born in the UK almost 100 years ago, has lived a life with severe haemophilia, with no access to early treatments [1]; Kin and Patrick, born overseas, have different life stories to tell [2,3]. Peter, living in rural Uganda today with severe joint arthropathy [4], shares a story that is very close to that of Rex’s early years, with no diagnosis and no access to treatment. Rex describes how to help with the pain and swelling associated with bleeds – something so simple and yet still not available for many. When we consider Peter’s story, alongside World Federation of Hemophilia data showing that people in less developed countries continue to have limited access to treatment even once – or if – they get a diagnosis [5], we must ask how far have we really come in the last 100 years.

And if people with haemophilia struggle for a diagnosis, then what is it like for those who have rarer bleeding disorders? For women, recognition of bleeding disorders is limited even in Europe. Margaret recounts her long bleeding history, taking over 20

years to be diagnosed, in the 1960s, with type 3 VWD [6]. It is easy to assume that diagnosing rare conditions nowadays must surely happen more quickly. However, we see in the story of two women from the Netherlands that while Evelyn was diagnosed with Glanzmann’s Thrombasthenia at four months of age, it took over two years for her close friend Minette to receive the same diagnosis [7]. In a country where we would expect quick diagnosis and treatment, the rarity of their condition raised issues of non-accidental injury due to bruising and bleeding.

We must also not forget that treatment has come with a cost for many, including infection with blood-borne viruses. The impact that this has had on both individuals and the wider UK haemophilia community is described by Bruce following the start of the UKInfected Blood Inquiry [8].

What is striking in reading these personal testimonies is the resilience of the individuals and their families; how they have overcome adversity to become leading representatives of the bleeding disorder community. All of those interviewed here have managed to find work, sometimes adapting to accommodate their physical needs, and despite significant time away from school following bleeds during their youth. Peter describes a significant time missed from school, but the lengths he and his family would go to, to ensure he gained an education: , and when he was older he would . Patrick describes changing his work options, like Bruce, as a nurse, to jobs that he could do with reduced impact on his haemophilia.

Many of the people in these case studies have married. Rex discusses how he and his wife chose not to have children for haemophilia. Patrick and Margaret also discuss their concerns over having children who may be affected by bleeding disorders. Patrick and his wife chose to have IVF, and only to have sons; he explains, Margaret had a daughter who has a milder form of vWD, which has been passed on to her grandchildren who are also mildly affected.

With the scientific advances that have been made in treatment over the past 20 years, perhaps these decisions will become easier for those with bleeding disorders who have yet to embark on parenthood. Evelyn and Minette, however, talk about how becoming pregnant for those with very hard to manage rare disorders could be difficult: They go on to talk about using the oral contraceptive pill to regulate (or stop) menstruation and how We still have much work to do to understand women’s bleeding issues.

I started this commentary by stating that many significant treatment changes have been made over the last 20 years. Many of the people interviewed in this case series have been involved with these changes, either in clinical trials or as new therapies have been licensed. An important part of bleeding disorder research is not just to collect trial data but to collect real-life stories like these. Mostly these are positive stories from people who have lived a positive life in the face of adversity. This is beautifully expressed by Minette and Evelyn, who say Bruce is also very positive about the new treatments, saying that He describes the value of skilled nurses who have and explains that, to him,

I may be biased but I agree: as haemophilia nurses, we have always supported patients and families to come to terms with living with their bleeding disorder, and that will continue into the future, regardless of what new treatments are available.