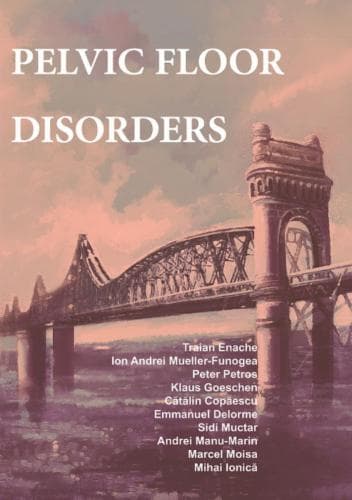 Pelvic floor disorders are a very important subject in public health, with a major impact on quality of life. In USA for instance, epidemiology data indicate that between 11 and 19% of women may suffer at least one such surgical procedure.

This field is in continuous change and there is not a consensus yet in therapeutic approach.

This book provides a general overview on the pelvic pathology, concentrating on clinical aspects – diagnostic, physiopathology and treatment. Worldwide known authors have been gathered in order to present a high scientific reference.

The most important thing in this book is that it offers a systematic approach on surgical techniques. Most of them are described by the surgeons who invented them and the aim of this book is to provide a strong basis for young doctors who want to operate in this field.

Clinicians encounter obstacles in correctly diagnosing some patients. The physiopathology is sometimes not so obvious and except for a few surgical techniques that are accepted as golden-standards, the rest are still in debate.

This book offers a unitary view in this field. It provides an algorithm diagnostic based on Integral Theory System by Peter Petros and also extensive therapeutic solutions.

The book is divided in 10 chapters, trying to offer a comprehensive view in this field.

In the first chapter there is a short review regarding the importance of this topic.

Pelvic floor disorders include a wide variety of perineal affections that seem to have, as a common denominator, an acquired laxity of the musculoskeletal system, which makes up the pelvic floor. This concept is new and it tries to comprise all the anatomoclinical entities in a standardized way, to facilitate, on one side, the description of the lesions and on the other, to favor scientific communication.

Broadly, the perineum is anatomically made up of all the soft parts, which caudally define the pelvic excavation. These are represented by fascias, muscles, vessels and nerves, and are crossed by ducts of the urogenital and digestive systems, structures that offer a complex biomechanics, whose understanding is indispensable in a judicial therapeutic approach.

Prof. Peter Papa Petros in collaboration with Prof. Ulf Ulmsten from the University in Uppsala have set the theoretical bases of “Integral Theory System”.

As the name suggests, the “Integral Theory System” creates a dynamic and interconnected anatomical background to understand the function and dysfunction of perineum. The “Integral Theory System” defines the pelvic floor as a syncytial system, based on vector equilibrium in which muscles and connective tissue take part and which has a nervous component. The newly formed system represents the sum of all the elements involved. Among them, the connective tissue is the most vulnerable.

Diagnosis of perineal affections, though easy at first sight, implies some subtleties. According to the principles of the Integral Theory System and respecting a principle stated by Mircea Eliade that “there are no illnesses, but only ill people”, each case must be evaluated according to the symptoms that bring the patient to the doctor and these should be correlated with the clinical signs observed during the examination.

The treatment of pelvic floor disorders implies a careful prior assessment. Selection of cases with surgical indication is sometimes problematic, in terms of both postoperative results and comorbidities. Young female patients with minimal anatomical defects and whose symptoms are not very noisy, who eventually want more children, can benefit from conservative treatment. Moreover, alternative treatment options must be sought for elderly patients, who have been treated and in whom surgery is contraindicated.

Regardless of the outcome of the objective examination, the most important element is the patient’s perception of her own suffering and consequently the extent to which her quality of life is affected. Surgical treatment should be applied when there is a sufficient degree of morbidity.

Complementary measures, such as the treatment of chronic associated diseases, weight loss, smoking cessation, and local estrogen treatment can be considered both conservative treatment and preoperative preparation.

It is widely accepted that no surgical technique lacks complications and therefore the same can be affirmed about the pelvic floor disorders surgical corrections. We can distinguish two major categories of complications, regardless of the approach: complications related to synthetic materials used and complications regarding the surgical technique used. There are a number of complications whose aetiology is unclear and which are presented in the form of symptoms difficult to classify. A last distinct category, called syndrome of vaginal tightness, will be treated separately, having a specific etiology and pathophysiology.

The direction in which perineal surgery will develop is hard to predict. In the last ten years, the surgery of uterine prolapse and effort urinary incontinence has seen an important boost. This textbook is trying to open new windows to the future.