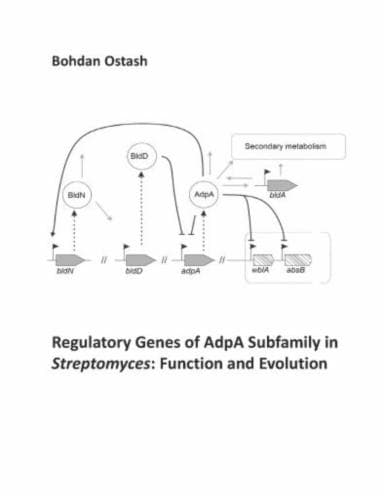 Regulatory Genes of AdpA Subfamily in Streptomyces: Function and Evolution

AdpA is a regulatory protein of the AraC/XylS type which was first identified in 1993 as an activator of streptomycin production by Streptomyces griseus. Today streptomycete genomes are known to invariably harbor gene adpA, which is important for processes as diverse as replication and transcriptional control of genes for morphogenesis, antibiotic biosynthesis, and polymer decomposition to name just a few. Extreme pleiotropicity of adpA gene and its functional location at the nexus of morphological and physiological differentiation in Streptomyces fueled numerous investigations of this fascinating group of regulators, in a broad set of species. This monograph is an attempt to put together all existing information about functions of AdpA proteins in the context of biological processes it orchestrates. Special attention is paid to the description of suggested and experimentally proven cases of AdpA involvement in regulation of antibiotic production. This aspect of AdpA biology might be of great interest for current efforts to discover novel antibiotics, which are desperately needed to counter the threat of multidrug resistant bacterial infections. Possible scenarios of origin and ongoing evolution of adpA orthologous group in Streptomyces conclude this monograph.

Regulatory Genes of AdpA Subfamily in Streptomyces: Function and Evolution is covered by the following services: