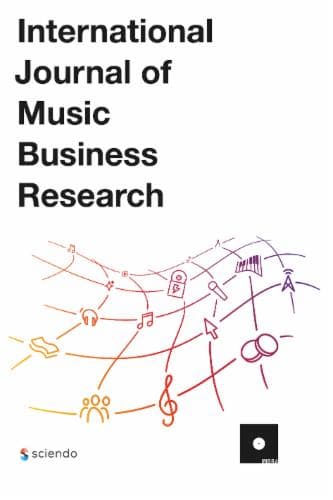 is a volume edited by Richard Osborne and the late Dave Laing, dedicated to examining the various ways in which statistical and numerical data are used and misused in the music industries. Think about sales figures, royalty splits, tickets sold, global revenues, success ratios and economic value. The volume offers a critical assessment of the fascination of the music industries with numbers and draws attention to the many ways in which industry representations and narratives of these numbers have often served the interests of corporations that have dominated the music business for decades. It analyses and discusses a myriad of uses of numerical data, from the well-known music reports issued by trade organisations and interest groups, to calculations of the value of live music and computational analysis of music perceptions.

While the project that resulted in this volume was well underway, Dave Laing, one of the most prolific and influential scholars in popular music studies, and initiator of the project, passed away in 2019. For that reason, Richard Osborne, finishing the project on his own, has contributed no less than four chapters to the fourteen chapter volume. Dave Laing’s contribution is a brief chapter based on a 2012 blog post on the value of live music in various territories. In the introduction, Richard Osborne places the music industries’ fascination with numbers in the broader scope of the mass reproduction of culture and the increasing bureaucratic environment of the music business, while also acknowledging the legitimating uses of statistics to underscore the importance of the music industries in the economy.

Osborne has also authored the three related chapters that comprise part I on ‘winners and losers’. In this section, Osborne unfolds a coherent argument on the role and crucial importance of the UK singles charts in serving the interests of the recording companies, as well as on the flexible criteria for the awarding of gold, platinum and diamond records to artists and the strategic uses of the ‘only one in ten records succeeds’ axiom; Osborne demonstratess how the various record labels have used these strategies to underscore the need for copyright ownership and provide a stream of rhetoric positioning themselves as investors in new music. He convincingly shows how these charts, numbers and tropes have always been instrumental to corporate interests and that they have been constantly adapted to the changing realities of music consumption, throughout the various forms that it has assumed and transitioned through over the ages, from purchase of records, through sharing files, to accessing streamed recordings.

The second part on ‘policy’ offers two chapters on the relation between music industries and public policy. In the chapter on the IFPI music reports, David Arditi argues in a similar vein as Osborne, that the music industry has consciously manipulated the data in favour of a ‘narrative of decline’. The data suggested that illegal file-sharing was the sole cause of the waning profits of the recording industry, which was successfully used to convince legislators to take strong action against piracy. The succeeding chapter by Shain Shapiro analyses how quota policies in Canada have been imposed on broadcasters to support Canadian domestic music, in return for which radio and record companies have been financially supported by the government. Music policy, he argues, has transformed from cultural support for Canadian identity to funding schemes following the commercial interests of multinational corporations in the star-driven music economy.

The live music industry is the topic of the third part, which is largely dedicated to contributions on the value of live music. The team from the UK Live Music Census – Adam Behr, Matt Brennan, Martin Cloonan and Emma Webster – discuss their experiences with such a large-scale research project with industry partners, including the methodological challenges and complexities of their data. A brief contribution by the late Dave Laing presents his attempt to calculate the economic value of live music in Australia, France, Germany, Italy, the USA and Canada based on publicly available data. Richard Osborne concludes this section looking at the alleged growing importance of the live music sector compared to the recording industry. His main takeaway is that this cannot be ascertained from the existing data, but more importantly, that both sectors are so different that it is almost impossible to make such a comparison.

‘Piracy’ is the title of part IV, which offers three contributions that are quite disparate in nature. Lucas Logan presents a case study of a ‘pirate’ website and details the legal actions against staff and users and the legitimations thereof. Lola Costa Galvez takes a broader look at the anti-piracy policies in Spain and the ways statistics have been used to underscore the need for such interventions. In an excellent contribution, Vanessa Bastian and Dennis Collopy offer a highly informative account of the challenges in accurately estimating the size and scale of music piracy. This is a robust assessment of methodologies used and provides factual and useful guidelines for any researcher who would want to undertake a quantitative study on piracy.

The last section is a bit of an outlier. Part V is called ‘digital solutions’ but in fact does not present any solutions and its three chapters are at best loosely connected. Marcus Logan, who is also a singer-songwriter, critically assesses his experiences with publishing contracts and revenues. His main point is that the data presented to him, which have been used as the basis on which to calculate the revenues earned by him, are likely also used to obfuscate the lack of investment in promoting his compositions. Next, Marcus O’Dair carefully explores blockchain technology as a possible disruptive innovation for the music industry, using Blokur as a case study. The final chapter by Craig Hamilton is the only one that addresses more deeply the uses of online streaming data. The main focus is however on his project on music reception and the methodological ins and outs of topic modelling and computational analysis.

provides a valuable contribution to our understanding of the use and abuse of data and statistics in the music industries. It employs a critical stance and unpacks the various ways in which numbers are instrumental to industry goals and details various strategies employed to manipulate them accordingly. The focus is, with a few exceptions, on the music industries in the UK and USA, and the specificities of these contexts could have been made more explicit at points. At some instances, it is clear that this book project has taken considerable time, and some of the contributions to this volume are a bit dated and the rapid changes in streaming platforms, music consumption and production could not be included. Music researchers need to take up this challenge, and if they do, this book undoubtedly provides useful guidelines for future research on statistics, data and metrics in the music business.