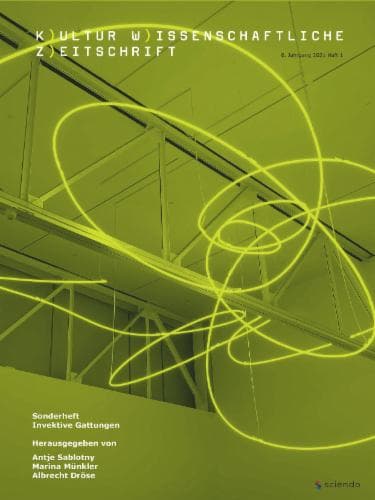 “There's a slow, slow train coming up around the bend,” sang Bob Dylan in 1979, suggesting an inevitable crash. Wondering “what's happenin’ to my companions,” Dylan expressed a sense of looming apocalypse that dominated American popular culture in the aftermath of Vietnam. During the 1970s – an era of incoherence, uncertainty, and fears about the future – American society seemed to have reached what Robin Wood calls “a state of advanced disintegration” (2003, p. 44). According to Wood, the Vietnam War had both led to “a questioning of the entire social structure” and opened up the possibility that “the whole world might have to be recreated.” By 1974, the country had been ravaged by a string of unsettling events that called into question the American myth of progress: the assassinations of John F. Kennedy, Robert F. Kennedy, and Martin Luther King, Jr., the authorities’ vehement response to student and civil rights protests, the Watergate Affair and the final unmasking of Richard Nixon as a “crook,” and the OPEC oil embargo of 1973. All of these events contributed to a general sense of decline epitomized by defeat in the jungles of Vietnam. Indeed, the American narrative of moral superiority had been rendered implausible, and yet, Wood argues, “there was no serious possibility of the emergence of a coherent and comprehensive alternative” (2003, p. 44).

My article traces Hollywood's response to the disintegration of national consensus. In my comparative reading of several key movies of the 1970s, I will demonstrate how amid America's struggle to redefine its shared values and regain its self-confidence, Hollywood cinema advocated a return to myths of the past for the country to reaffirm what Tom Engelhardt calls its “victory culture.” According to Engelhardt, for centuries, this narrative of triumph – manifesting itself, for instance, in the myth of the frontiersman under attack by a savage enemy – had shaped the country's self-image. Then it collapsed into political and social turmoil following the postwar years of suburban complacency. 1970s Hollywood productions eagerly engaged with this narrative, often flaunting the idea of redemptive violence. By doing so, films would either convey conservative messages about middle-class white America's assumed longing for robust authority or critique the fascist undertones of this law-and-order rhetoric.

This postmodern transformation of a cultural myth is particularly noticeable in the then newly-emerging cop film genre, whose protagonists were designed as modern gunfighter heroes tasked with reestablishing law and order in urban communities under threat. (dir. Don Siegel, 1971) supported the conservative notion that the crime wave flooding American inner cities resulted from the loss of authoritarian structures after the upheavals of the 1960s. Depicting the big city as a morally bankrupt environment, the new “cinema of urban despair” (Kirshner, 2012, p. 131) reprised the classic frontier story in which, as Engelhardt asserts, “the lone white frontiersman gained the right to destroy through a sacramental rite of initiation in the wilderness” (1998, p. 5). Urban criminals replaced the Indians of the frontier narrative, while detectives continued the job of the undaunted gunslingers by single-handedly bringing justice to a society whose official legal system was perceived as beyond repair.

The redefinition of masculinity is another dominant theme in 1970s Hollywood cinema. While relished in marketing a new phallic militarism as a solution to urban crime, (dir. Michael Cimino, 1978) used Western tropes to link the trauma of Vietnam to a crisis of masculinity with homoerotic undertones (Wood, 2003, p. 260). Adapting and recontextualizing elements of James Fenimore Cooper's , this war drama presents us with a loner figure, Mike, who finds solace in his local Pennsylvania community after returning from Vietnam. Similarly, the 1970s rogue cop is a lonesome hero without family ties or other close social bonds. The cop genre suggested that when push came to shove, the “ideal man” was a proper police officer (Rafter, 2000, p. 79) who devoted himself to his job, and thus, to the well-being of society – an idea that was strikingly different from the much more family-oriented masculine figure promoted by television series like , , or .

After two decades of unprecedented prosperity, economic crisis threatened the dreams of the American middle-class. With films like (dir. John G. Avildsen, 1976), Hollywood set out to present an alternative to real-life downward mobility by reminding viewers that the American Dream was still attainable. is arguably the most prominent cinematic example of the Carter and Reagan years to revive an American success ethic that the first two parts of Francis Ford Coppola's trilogy (1972 and 1974) had portrayed as fundamentally perverted. Based on what Boggs describes as “old-fashioned modes of heroism and redemption, a glittering cinematography filled with bright images and positive messages, glorification of patriotism, and traditional ‘family values’” (2003, p. 53), restored aspects of 1950s next-door wholesomeness to the American Dream narrative. Rocky, the relatable blue-collar hero, showed audiences that the old dream still worked if you truly believed in it. At the same time, the film reconciled individualistic and communal values by emphasizing that the boxer's success depended on his quaint embrace of friendship, commitment, and true love.

I will conclude this essay by looking at the Reagan administration's attempt to combat national pessimism, restore the victory culture narrative, and provide a new basis for the nation as an . While Reagan himself adopted cinematic language and staged his presidency as a media event, Hollywood was ready to support the fight against the “evil empire,” as the release of two blockbuster movies in 1985 suggested. Both (dir. George P. Cosmatos), a revisionist fantasy that “ends up denying the painful lessons America should have learned in Vietnam” (Bates, 1996, p. 109), and (dir. Sylvester Stallone) directly aim to restore America's lost pride. Imbibing the spirit of the Reagan presidency, these movies asserted that “the United States would stand tall again” and thus “reclaim its stature as the dominant power on the globe and win the fight against communism” (Schulman, 2001, p. 221).