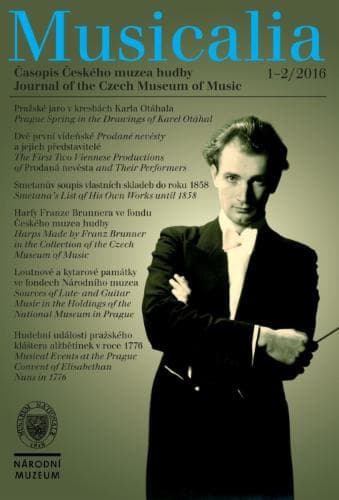 The present harp collection of the National Museum – Czech Museum of Music contains Erard pedal harps from various periods of that famed Parisian company’s activity. In creating musical instruments, Sébastian Erard built upon the work of G. Cousineau and C. Groll and became the most successful manufacturer of double-action pedal harps with a fourchette (fork) mechanism (). Erard’s work as an instrument maker influenced not only the historical development of the harp, but also the work of other instrument makers. In Bohemia, the Czech harp maker Alois Červenka (1858–1938) built upon Erard’s work with great success. The Erard harps in the collection of the Czech Museum of Music document the Czech socio-cultural context in which the harps of the French instrument maker were used from the late nineteenth century until the middle of the twentieth.